The children worked in threes to create sentence openers and complete their sentences. Using some sentence openers that were prepared or generating their own, the children researched facts and statements and placed them together. They were passionate about the topic and were shocked every time they created a sentence. 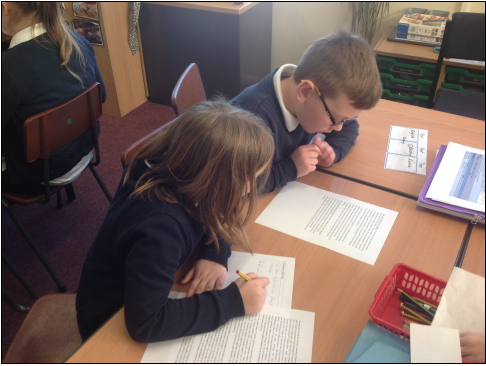 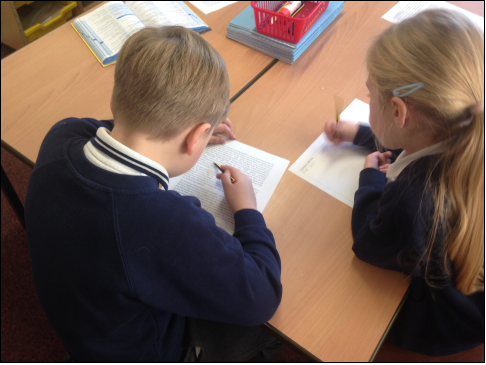 The children had time to look at their notes and rehearse. They were very excited about this and then performed in front of the class. We all encouraged each other and spoke about their skills, tone, clarity and general information in the speech. 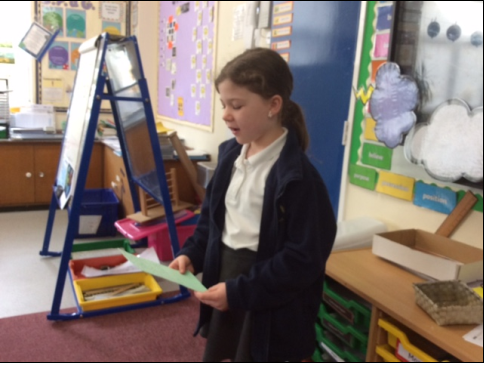 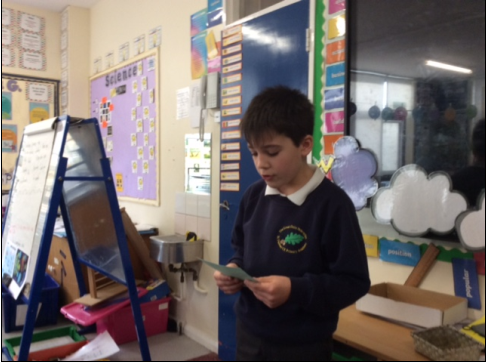 RE - retrieving the symbolism of water

The children listened to looked at an image of water. They then discussed what the water meant to them and then discussed what it meant to others including Christians. After mind-mapping all the words, the children chose the most important ones to them and wrote them on the playground. Using their water, they then witnessed how they can be washed away. They understood that this was like washing away sins to Christians. 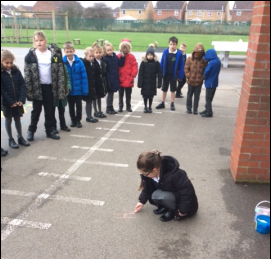 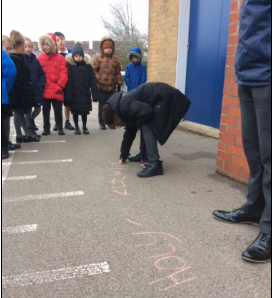 What an exciting start to Guided Reading. The children have used the strategy of VIPERS to predict, explore the meaning of unfamiliar vocabulary, retrieve from the chapter and explain phrases in a little more depth.

After discussing and exploring the term ‘points and patches’ being small and large body parts, the children quickly began using the apparatus and the on the signal created the positions. They also linked the word ‘poised’ to balancing from Guided Reading. They all quickly realised that some positions were stronger than others. 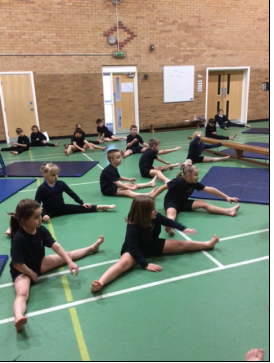 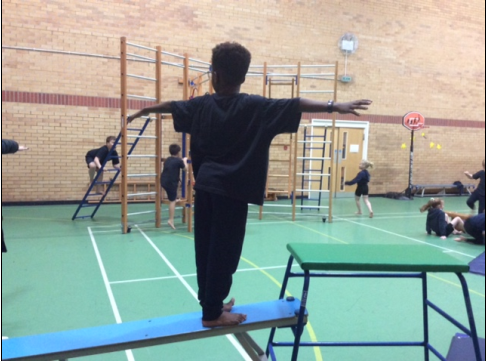 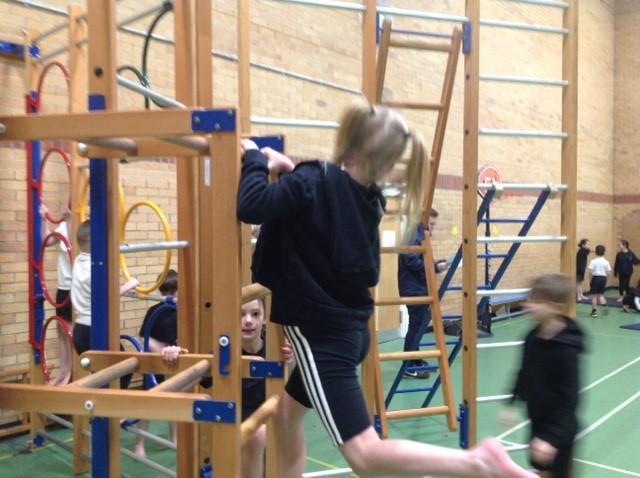 Computing - understand what an algorithm is

The children recapped what an algorithm was from KS1 and shared that it was a sequence of instructions or a set of rules that are followed to complete a task.  We discussed how they can be written as clear step-by-step points or as a flow diagram. After that they looked at the Scratch programme to begin using codes to make Sprite move. 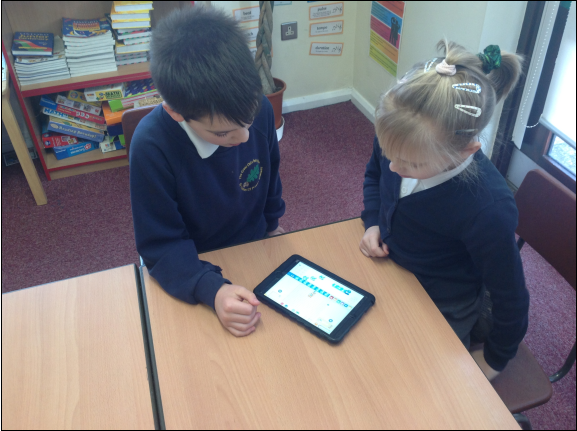 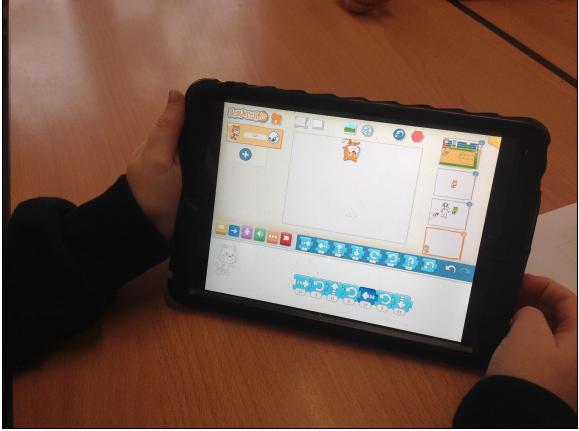 The children were able to show when to double or halve the numbers to calculate the answers. They looked at the calculations and then recorded what the answers were before articulating how they knew.

During today's lesson, the children focussed on how to partition the two-digit numbers whilst using the tens and ones counters. They looked at the calculation and were able to recognise how many groups would be needed.

To investigate light travelling in straight lines, the children lined up pieces of card with holes in and shone a torch through. They were amazed at this. Great discussion was had about light sources too. 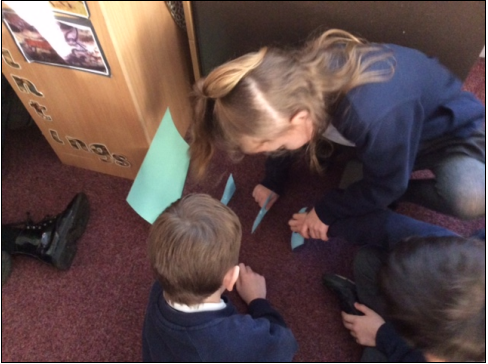 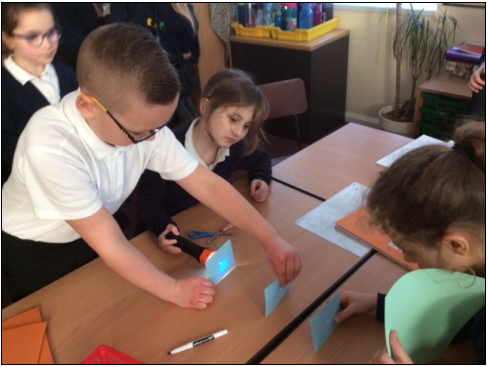 As part of the PSHE unit, the children were able to discuss various scenarios that looked at the different habits children had picked up and then they offered sensible advice to help others.

Using the internet and and maps, the children explored how to locate the counties that surrounded Lincolnshire. To learn which they were and where they are, the children have used a mnemonic to help them. The learning wall has been helpful too!

Over the last few weeks, the children have been exploring emotive language through the use of a zone of relevance, asking and writing rhetorical questions and producing posters! The children were very clear and passionate about what humans should be doing to help.

In Maths, the children have learnt how to make totals with money and have learnt that they must look at the value of the coins before just counting how many coins there are. It was interesting to hear the discussion and their justifications for their responses.

As part of the curriculum, the children found countries that also spoke French. Using the atlas, the children were able to label them on the map. They then learnt that sport plays a big part of their lives. After learning about all of this, they then played a game of boule. 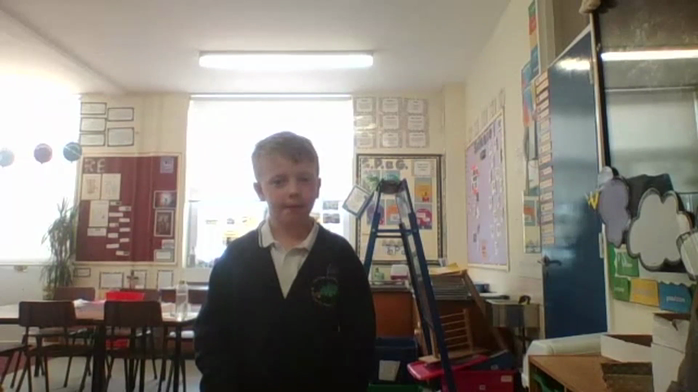 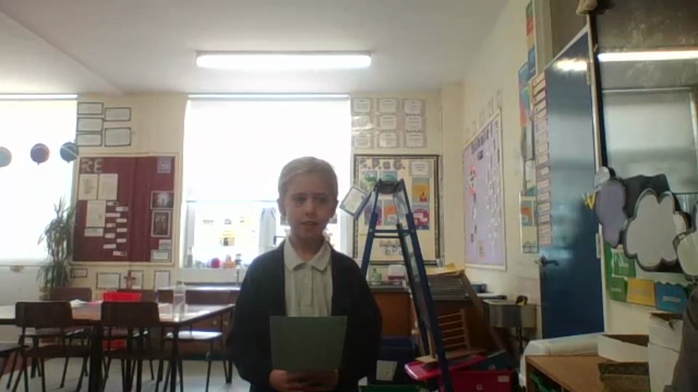 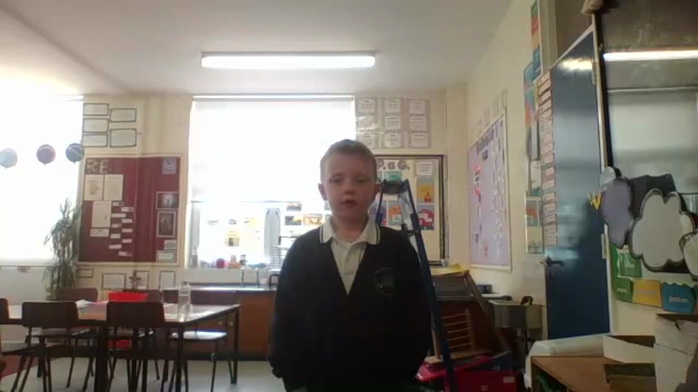