This term our overarching question is:

This term we continue our learning about Ancient Egypt in History focusing on how we know so much about life at that time even though it was thousands of years ago. Using lots of our knowledge from History, we will be writing explanations, instructions and letters in English linked to this.

In Science we will get the chance to revisit the topic of electricity as promised as we were exploring this whilst in lockdown. Retrieving what we know, we will be applying our knowledge of circuits to our DT project to create lamps.

RE sees us continue to explore pilgrimages and how important they are to different faith groups, fingers crossed we get to go on our trip to Walsingham too, a major pilgrimage site in England which just so happens to be close enough for us to visit

There will be so many other things we get up to too so check back and see what we've managed to pack in to this very busy term!

What an amazing time we had at Lincoln's YMCA climbing wall, also taking part in some parkour and STEM activities. Please do look through the mammoth album of photos documenting our day out!

How to mummify a body!

After learning about mummification from research, poetry and learning in lessons, we created our own explanation texts, publishing them with care.

Why is the River Nile so important?

After learning about Ancient Egypt and the importance of the River Nile to farming, daily life and its prosperity, we wrote explanations answering the question, Why was the River Nile so important?

In Art, we experimented with different media on our prepared backgrounds we had frottaged. Using chalk pastels, oil pastels and pens we looked at the different effects created and evaluated the ease of use of each along with the finish created. 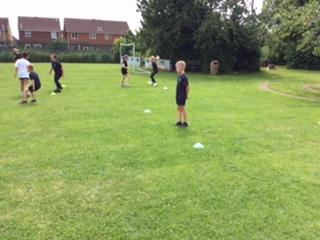 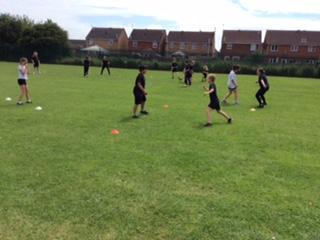 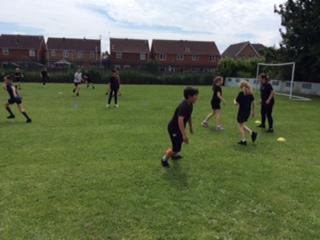 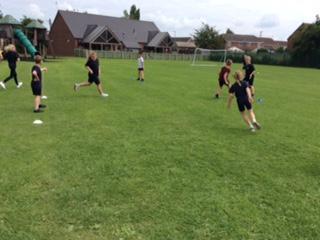 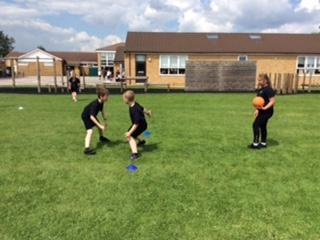 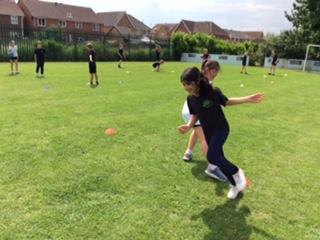 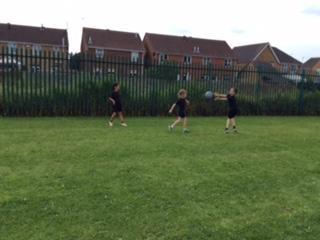 In netball this week, we worked on our defend and attack skills. We started by creating our own goals from cones that we took turns to defend, using side steps, from the attackers. We then created a game in 3's where the goal was defended, one of us had to get through the defence by moving round them ready to receive the ball. The person with the ball only had four seconds before they needed to be rid of the ball so our attackers had to be pretty nimble!

This week we have explored how we can create backgrounds for our artwork using the frottage technique. After our background was completed we investigated how we could add the drawing of a cat on top of it, first using pencil and the cross hatch effect. Next week we will explore the use of different media onto our backgrounds.

After writing our explanations, we have worked as editors this week as we have proof read our work. First we looked at our own writing, circling every capital letter and piece of punctuation so we could check we had written in correctly demarcated sentences. We then read our work aloud to check that it made sense with some help from our friends as a listening ear. We can't wait to show you our published work! 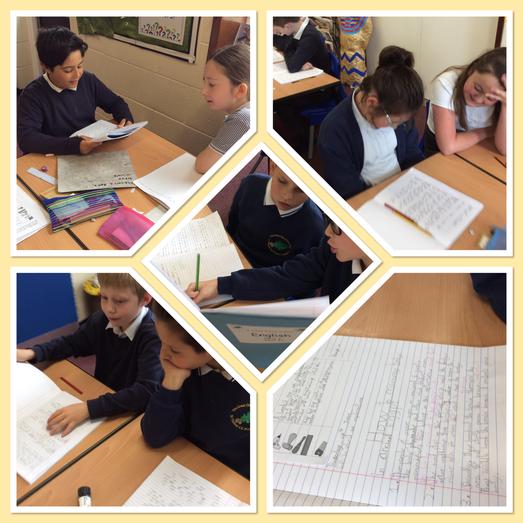 This week in Maths we have been exploring lines of symmetry, horizontally, vertically and diagonally. We have copied patterns and completed shapes to ensure they are symmetrical. 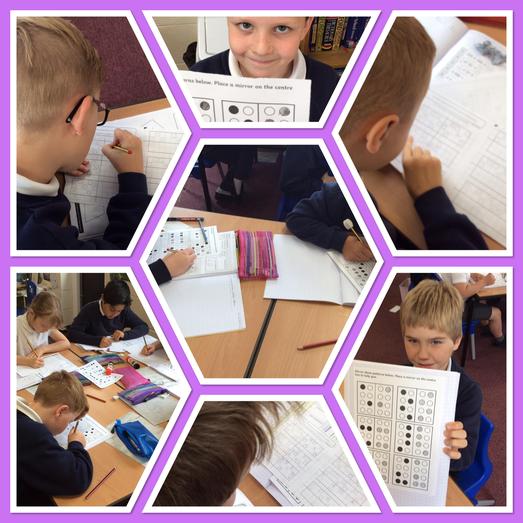 After reflecting on the many questions of St Thomas, often known as Doubting Thomas,  as we approach July the 3rd, St Thomas' Day, we reflected on our class name. Discussing again what Courage really is, we thought of questions we could ask about courage. Working in groups we thought deeply about the virtue and the questions we have about it both here and around the world.

'How do people show courage in times of disaster?' Sonny

'Will people show courage when they have the end of their life?' Borys

'How do people show courage even when life is hard for them?' Amelia V

We then read out our questions in a reflective circle, if our partners read the question we said the word 'courage' as an affirmation. 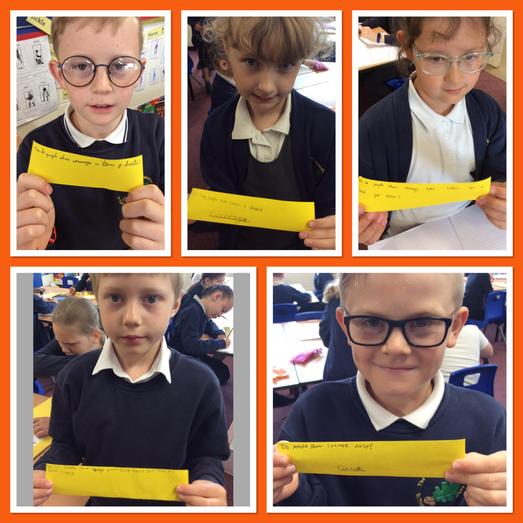 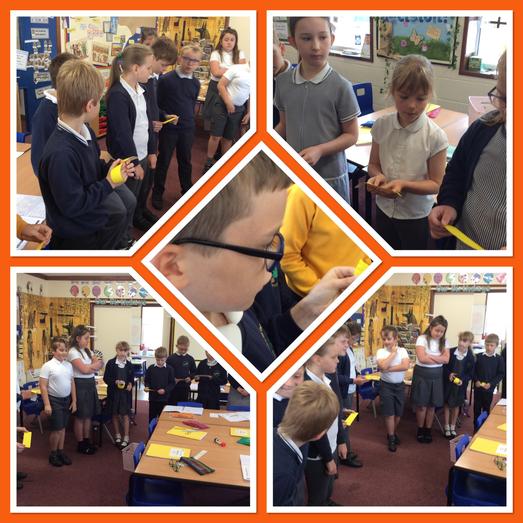 This week we went on a long journey to Walsingham to discover what pilgrimage was like for those first pilgrims in 1061 and what it is like for Christian Pilgrims today. Learning all about the vision of Richeldis de Faverche and the Holy House she built to replicate the home of Mary, the Mother of Jesus in Nazareth, we listened with care and were amazed by the facts.

Here are some of the photographs of our day.

A great morning for Courage Class using some of their skills from PE to compete for our class sports event. We can't wait to hear the final scores on the doors on Friday when everyone has competed!

To create different textures for the background of our work, we have explored the technique of frottaging. Using different media, we went outside and created rubbings of different things, discussing and describing the effects created.

Recalling 2D and 3D shape names this week, we have explored the properties of shapes and their nets. Using the correct vocabulary to describe them we created our own shape pets and introduced them to one another using their features. 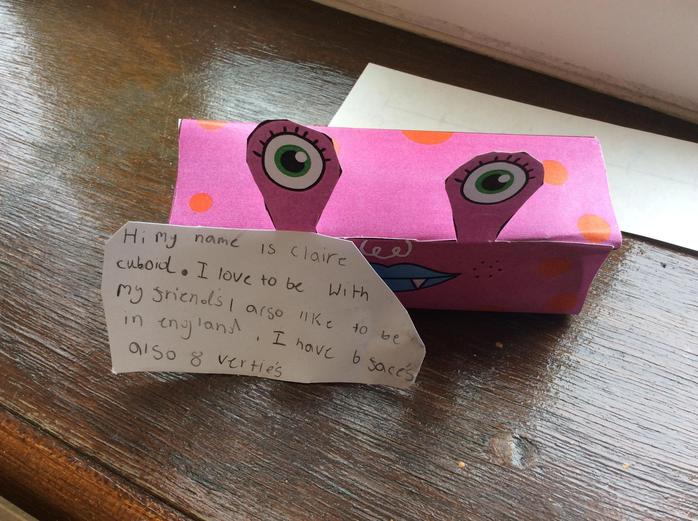 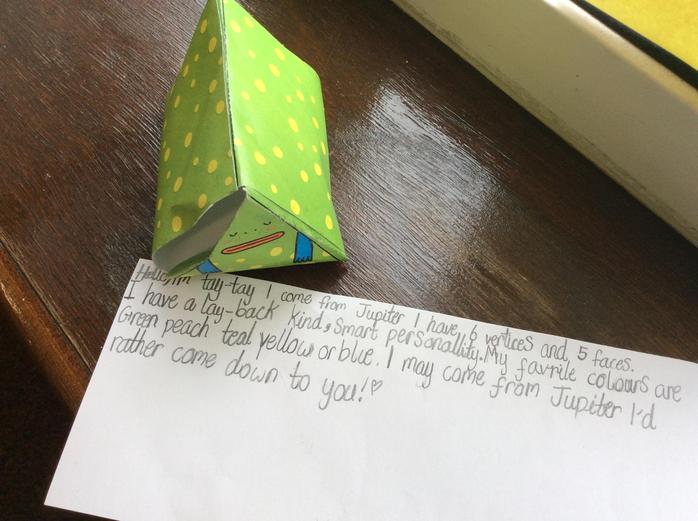 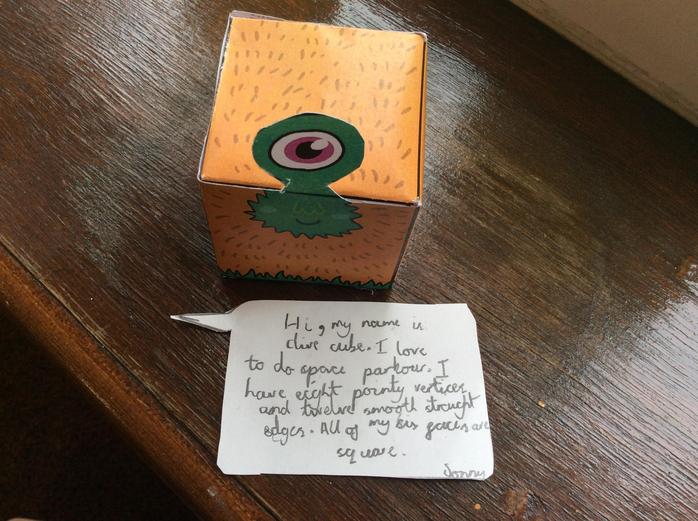 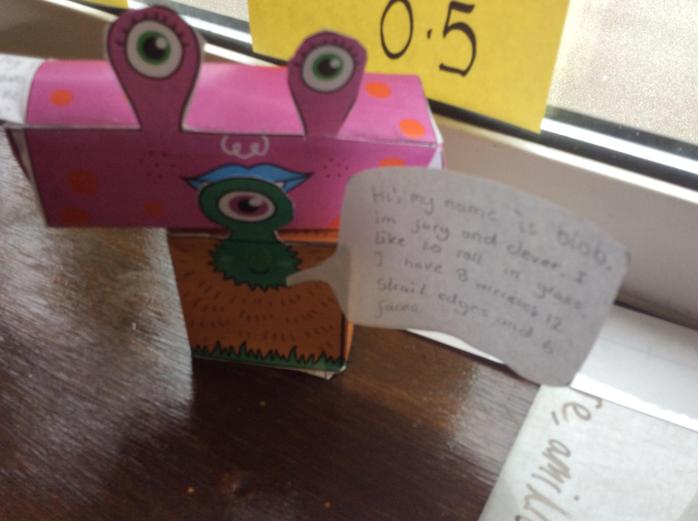 When in lockdown, we began to explore electricity its uses and dangers. It was now time for us to retrieve this knowledge to begin to create working circuits using the different components. We had great fun making a bulb light and talk about the flow of electricity. We will now investigate which circuits will and will not light depending on the sequence of components.

Refining our chest passes and bounce passes, we then moved on to exploring the shoulder pass for longer passes in a game. Trying to remember the footwork rule from last week too, we worked in pairs to pass the ball in different ways around the playing space. Every time we got to a hoop we used a bounce pass in the hoop to score a point.

Why were the Pharaohs so important in Ancient Egypt?

In PE we learnt about the footwork rule in netball whilst retrieving and refining our chest passes and bounce passes from last week. Working in teams we focussed on throwing the ball with accuracy and trying to land with a one, two footwork. After catching the ball, we then practiced the pivot on the landing foot and turned to throw the ball.

Developing this into a short game, we worked in small groups as defenders and attackers, passing the ball amongst the attackers as the defender tried to intercept the ball.

How do we know so much about the Ancient Egyptians?

This week we retrieved what we knew about Ancient Egypt and how we knew so much about life at the time. This allowed us to recall our Guided Reading text from last term- Tutankhamun. We were then given a challenge envelope with pieces of a puzzle in.

As we completed it in groups. many of us discovered hieroglyphs, but also noticed other writing on it too. We predicted what this might be.

'It looks like a tablet of stone like we hear about Moses getting in the Bible with the Ten Commandments on.'

We were then given another envelope with clues in including a map of Egypt with Rosetta marked on it and the Rosetta Stone in a glass case.

After watching a clip about the Rosetta Stone and how Britain came to have it in the British Museum, we recalled the key information about it and recorded it.  Discussing how this important find tells us so much about Ancient Egypt and how it unlocked other information for Egyptologists and for us today allowed us to reflect on our key question.

We then considered arguments for and against Britain keeping the stone when it tells so much about Egypt's past.

What does the Rosetta Stone tell us about life in Ancient Egypt?

We are so proud of the members of Courage Class who applied to be Playground Leaders next year. They undertook training with Mr Haslam from the Sports Partnership and were all successful. They can't wait to get started! 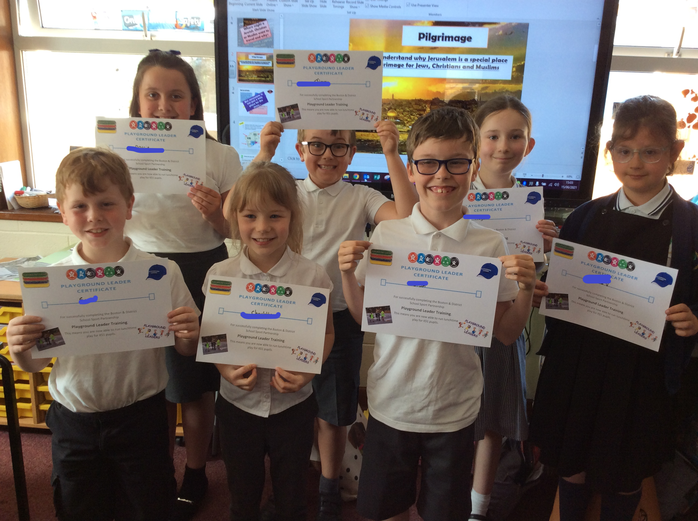 Our first week of the final term has been very busy as we learn poems by heart to perform them in a poetry slam. We began by exploring the poem Mummy! After understanding the meaning of it we discussed how we might show expression and intonation to perform it so that the meaning was very clear for our audience. We all did an amazing job of learning words, putting actions and gestures to the performance as well as delivering it with amazing expression, intonation and clarity, a big well done to all of you!

Here are a few photos of what we got up to! 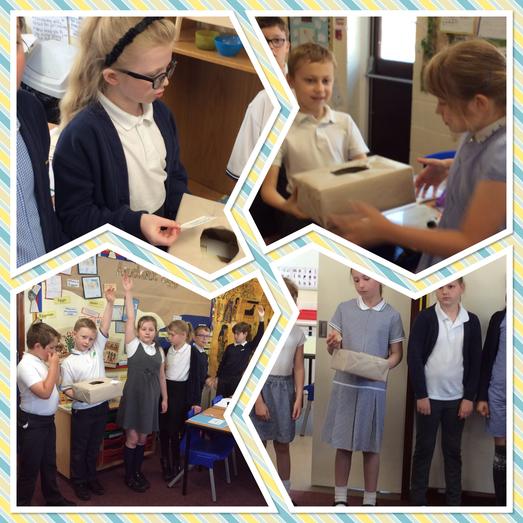 First we delved into the box to explore the vocabulary of the poem. Using our prior knowledge we were able to predict it was linked to Ancient Egypt and something to do with mummification! 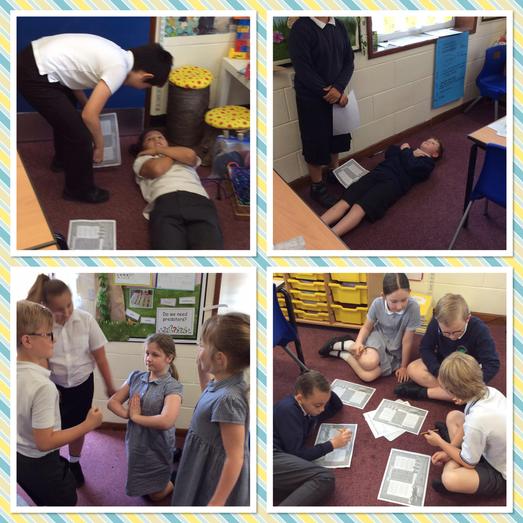 We then began to work in groups to understand the meaning and how it could be performed to our audience. 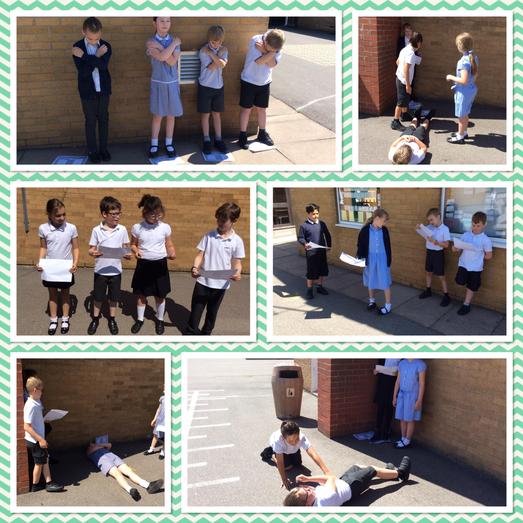 Taking advantage of the good weather we went outside in our groups to begin to perform as we learnt the words by heart. 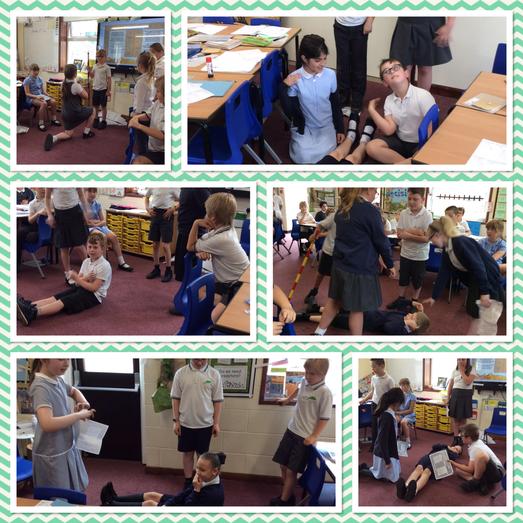