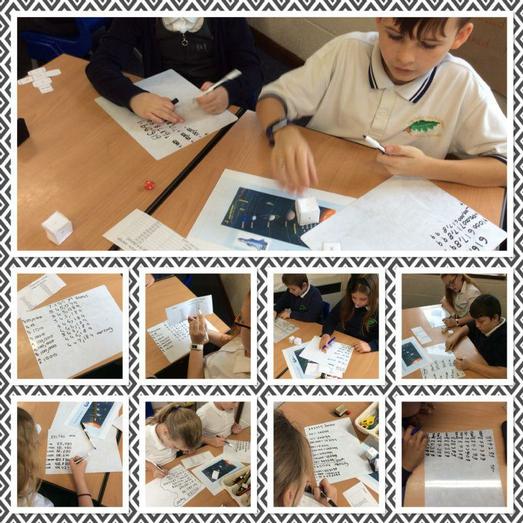 Playing a space themed game, we applied our knowledge of the powers of ten. We were given information about the average temperatures on each planet in the Solar Sytem. After choosing a starting planet we then noted its temperature. Rolling the powers of ten dice and an addition and subtraction dice, we altered the starting number accordingly. After rolling it eight times, we used the end number as a temperature and decided if we had moved through the Solar System to another planet or not! It was a great way to elarn more about the planets and apply our mathematical knowledge too!