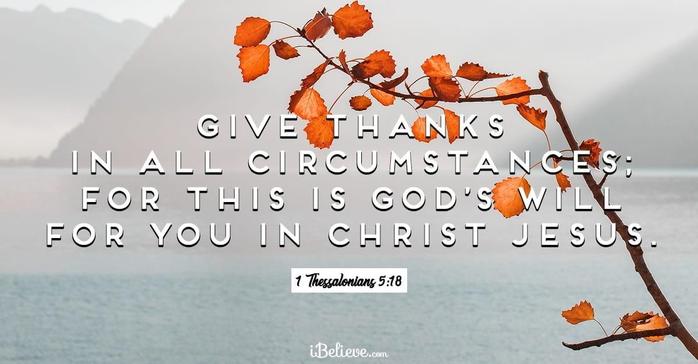 Next term the children will be exploring the seven continents, with a big focus on the polar regions. This will include learning about famous polar explorers such as Ernest Shackleton and Robert Falcon Scott and identifying the impact of their journeys to Antarctica. In Science we will be comparing the habitats of animals from the North and South Pole and other environments around the world. This will also give children the opportunity to explore animals and their young and the changes they go through as they grow. With the ever changing world, the children will also touch upon how climate change is becoming a growing concern and impacting the animals of the polar areas. In February, year 2 will be given the opportunity to take part in an exciting but cold class trip. More information will follow.

Do not forget, homework projects are due in on Friday 10th January. We have already had some fantastic projects. Well done year 2! 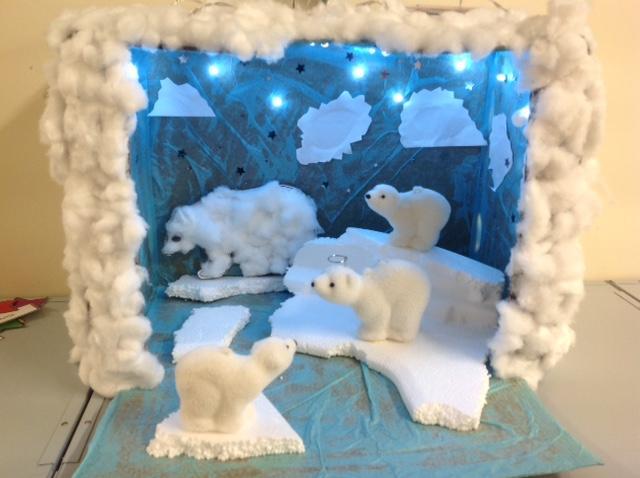 What a busy first week back! We hope you all had a wonderful Christmas. The children have already settled back into the routines of year 2 and have shown great engagement with their new topic Pole to Pole.

This week, we have started our English lessons by taking part in lots of different practical activities, based on the story Little Red Riding Hood. All the activities that have been set for the children have been created in order to develop the children's vocabulary and build descriptive sentences. The children have enjoyed these tasks, which included drawing their own setting based on the opening of the story, role playing the different parts, identifying different clues that belonged to each character and also using beach balls to help orally build sentences. On each ball, the children identified a noun from the story and an adjective that best described it. They then went onto create their own exciting expanded noun phrases. In preparation for writing their own stories, the children also used the `sequence` reading viper, to order the story. 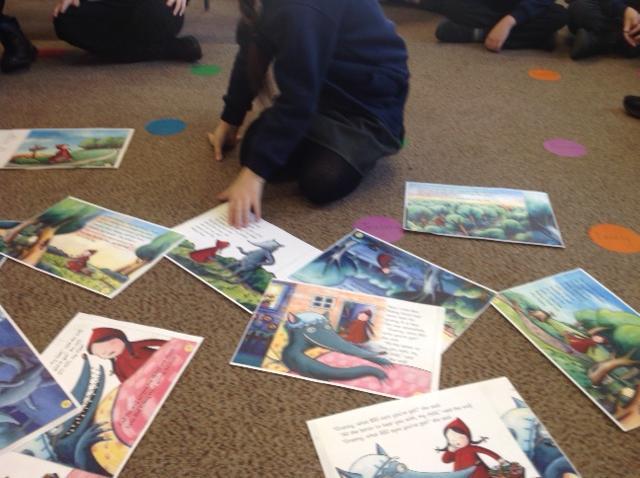 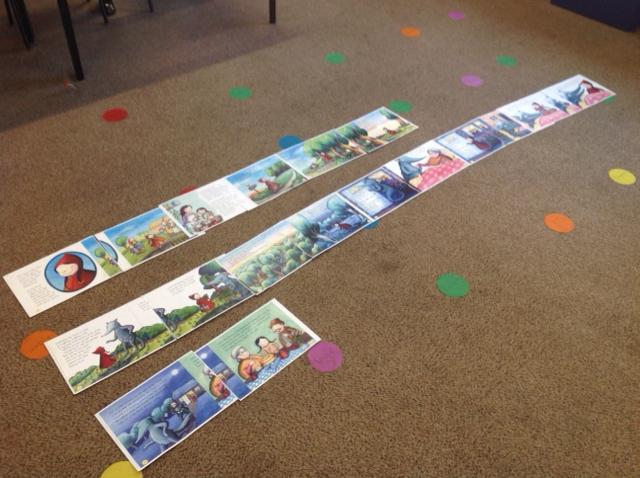 Our guided reading sessions this week have also been linked to their English text. The children have been reading the story `The Last Wolf` by Mini Grey. Year 2 have enjoyed reading a different version of Little Red Riding Hood and identified the differences and similarities to the traditional tale. 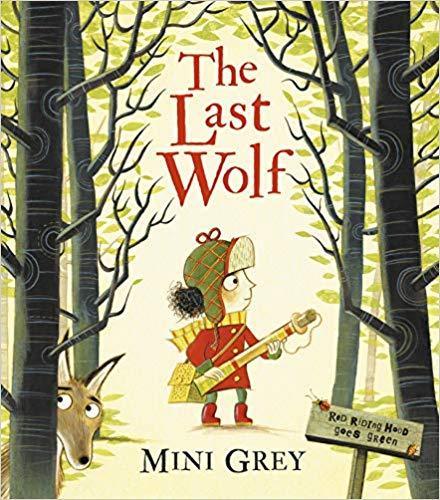 In Geography this week, the children have started their learning on the topic Pole to Pole by learning the seven continents and five oceans. They then all had a go at working as a group to place the continents and oceans in the correct place, based on the equator. After, we identified the two polar regions and made comparisons and similarities on the human and physical features. The children were interested to learn that there is a population of over 4 million people that live in the Arctic. If your child would like to find out more information on the polar region, there are links available below. 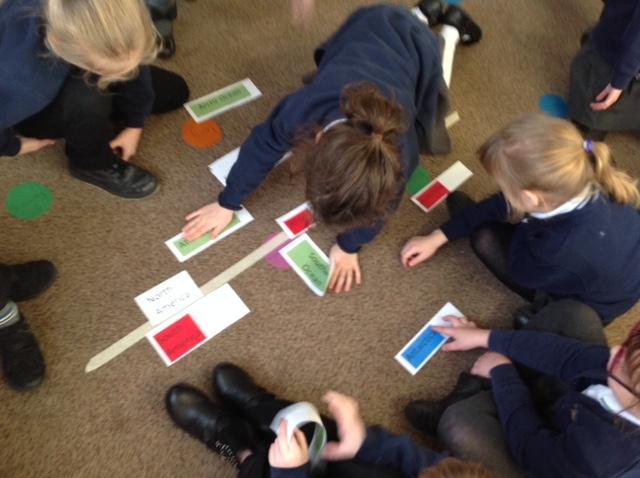 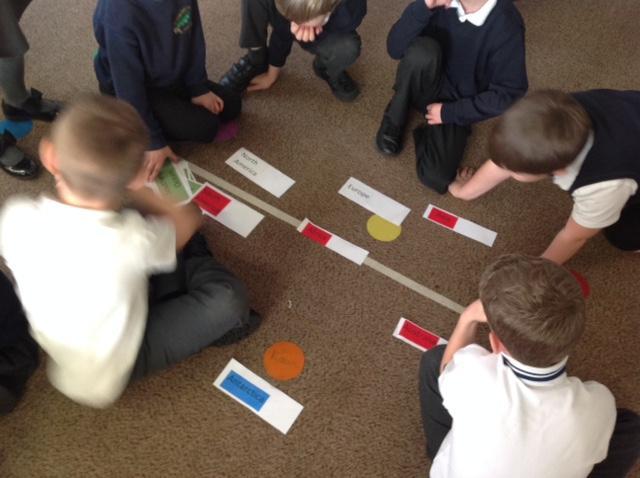 We will continue to explore the different regions and begin to think about how each area is being affected by climate change. We will also pretend to be explorers and begin to use the language North, South, East and West using compasses to give directions. 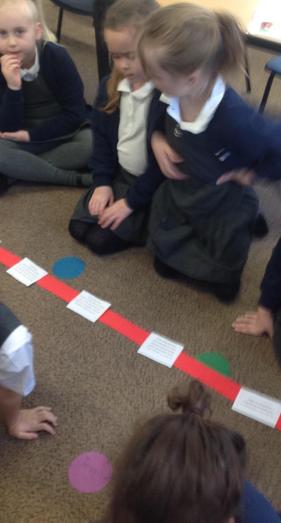 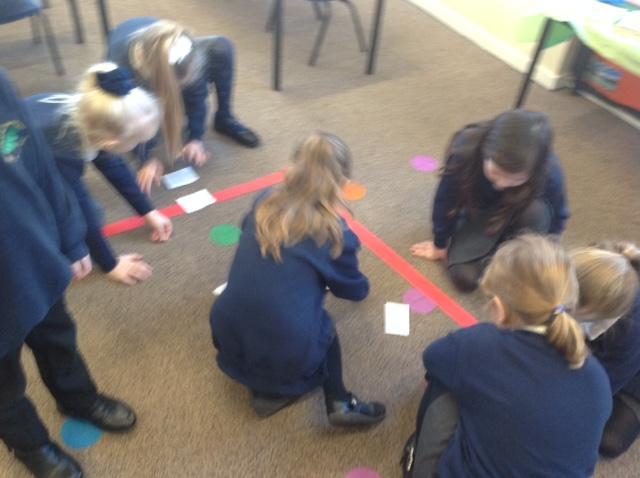 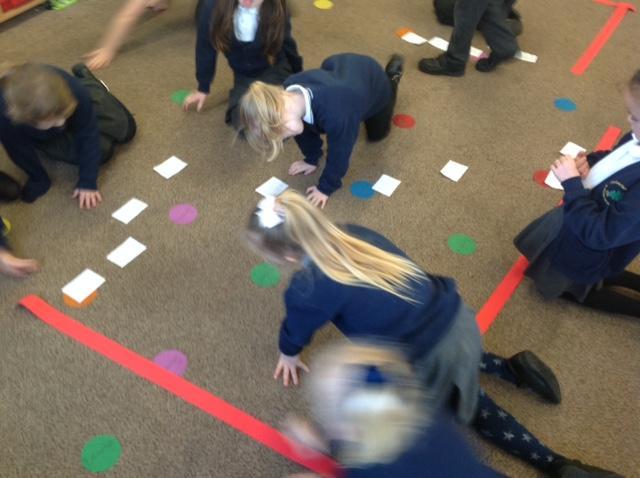 In Computing this week, the children continued their learning of algorithms. They were given the task of reading instructions and sharing them with a partner. The children had to follow the instructions, showing an understanding of positional and directional language. This will be built upon each week so the children can create their own algorithms and codes using symbols. 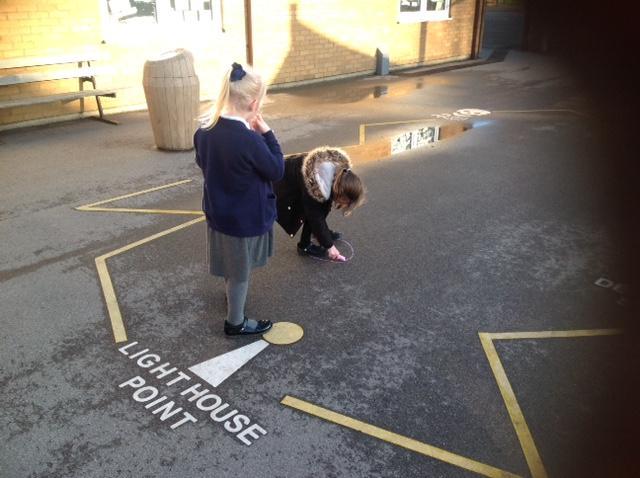 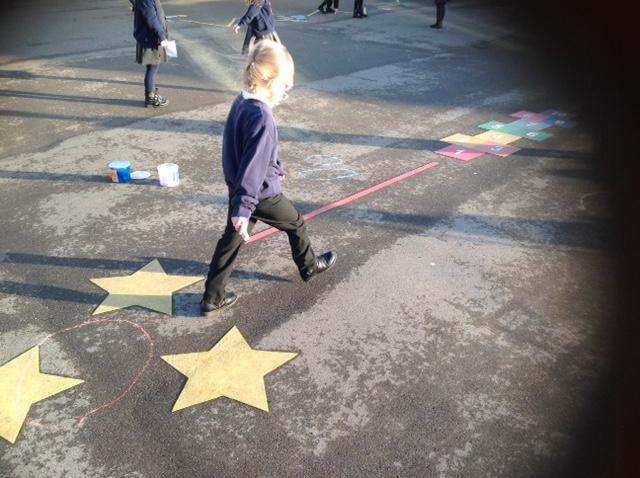 This week the children have continued to explore different versions of Little Red Riding Hood. They were able to identify the similarities and differences between the stories, which enabled them to begin to plan their own story using substitutions. Each child had to choose a different prop, evil character, setting and ending which they use a range of vocabulary to add additional details. Once this had been completed, they then orally retold their story using story language and drama. 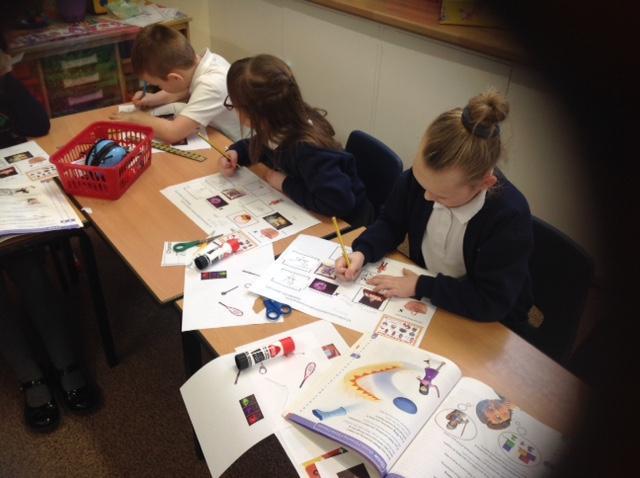 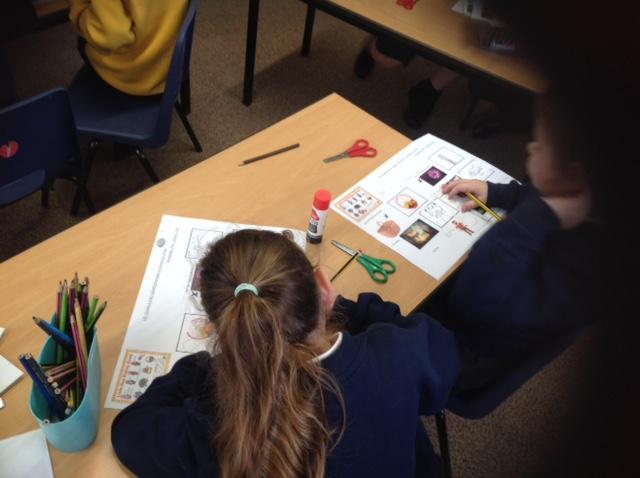 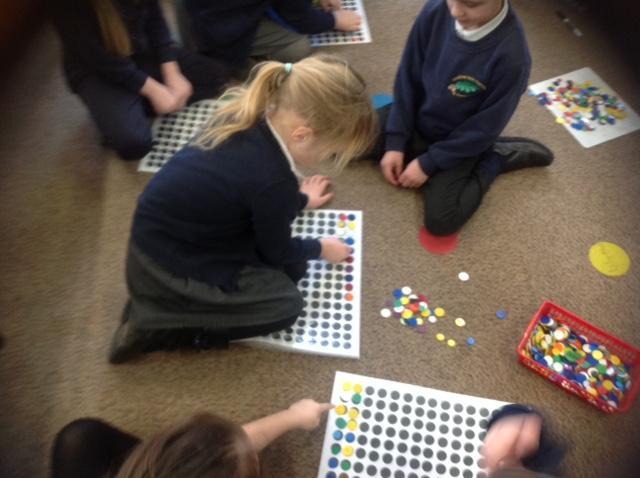 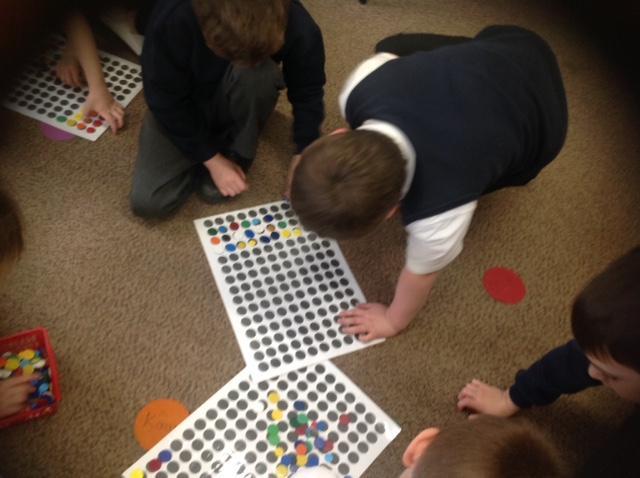 In English, the children created their own speech bubbles to support their storytelling of Little Red Riding Hood. They then have started to edit and improve their stories and some children have included direct speech using speech marks. 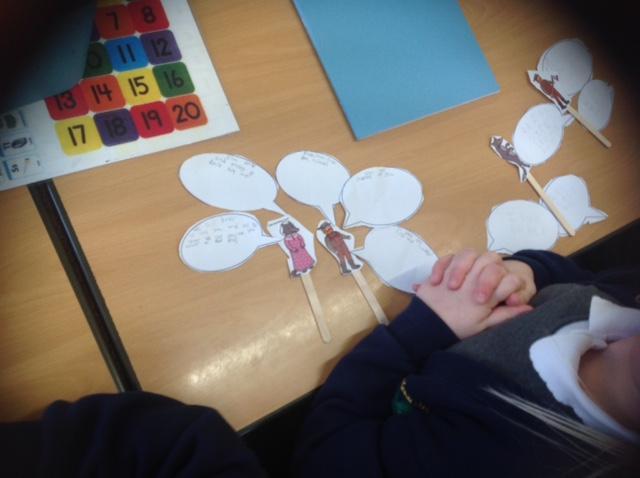 This week, it was the launch of our class name. Year 2 have been working incredibly hard to choose a virtue that best represented their class. The children decided that their new name would be Class Gratitude. This was decided because they felt they had learnt a lot about the world through their topics and wanted to show how grateful and thankful they are for all the wonderful things they have in their life. They then described all the activities that they had taken part in, that linked to this virtue, such as showing their appreciation for all the food during harvest time and making food boxes for those less fortunate. We hope to continue to think of many ways to show gratitude throughout the rest of the year. 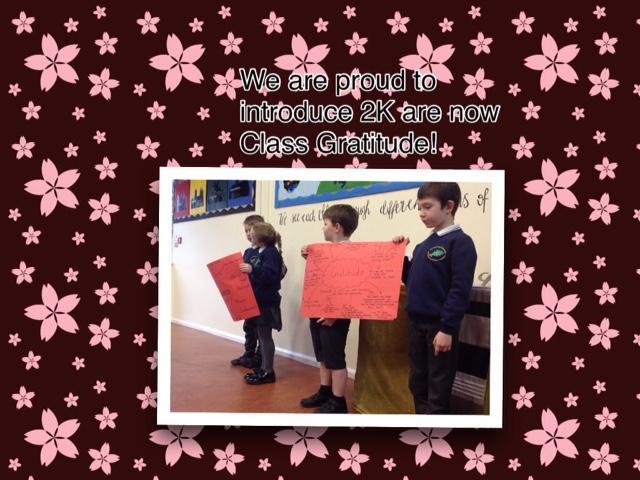 The children have tried exceptionally hard this week with their sketching. The children have learnt how to shade using a range of pencils and even tried to use the cross hatching technique to add detail. The progress from the start of the week to their finished sketch on Friday has been phenomenal. Well done Year 2! At the end of the week, the children reflected on their sketch and discussed what they might change if they were to draw their penguin again. 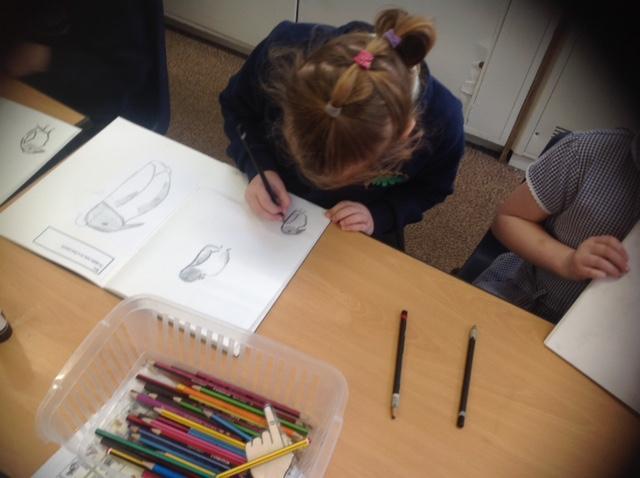 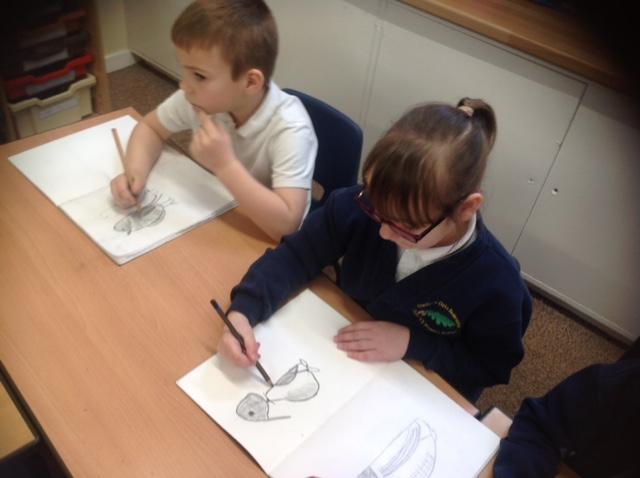 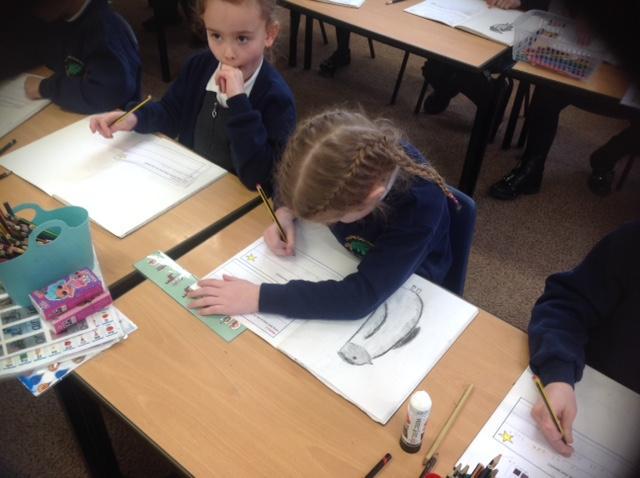 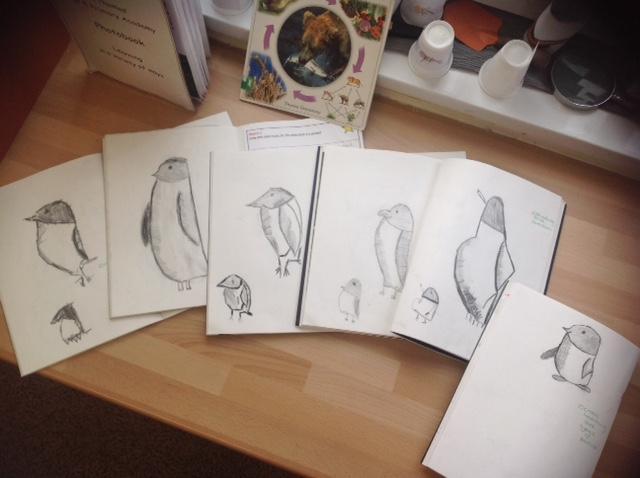 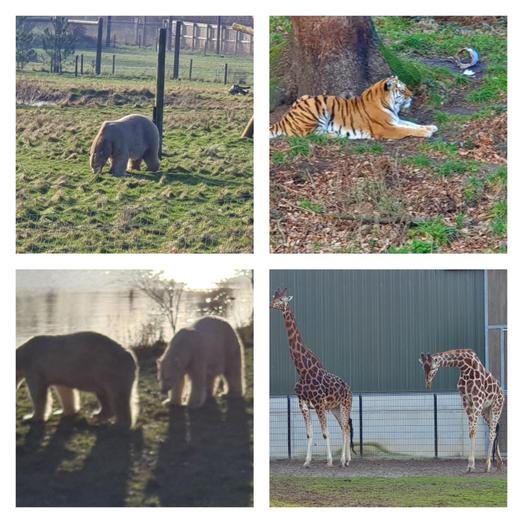 Year 2 had an incredible visit and got to learn lots of information about how animals can be wrongly treated in the world but equally how there are people going to extreme efforts to save these beautiful creatures.  We can't wait for our Polar Bear fundraising activities!

Year 2 you showed resilience, respect, compassion, patience and how you are developing as enquirers.

Thank you to all the parents and family members who attended our `Save the Polar Bears` charity event. The children have been so busy learning all about climate change and how this is affecting the homes for the polar bears in The Arctic. The children have discussed the different ways they can help reduce the amount of energy, such as turning lights off if they are not necessary and even reducing pollution by walking to school.

Thanks to your generous donations, the children have raised an amazing £62. This means they will be able to adopt a polar bear and support the charity WWF with their amazing cause to help prevent climate change and keep polar bears safe in their habitat. 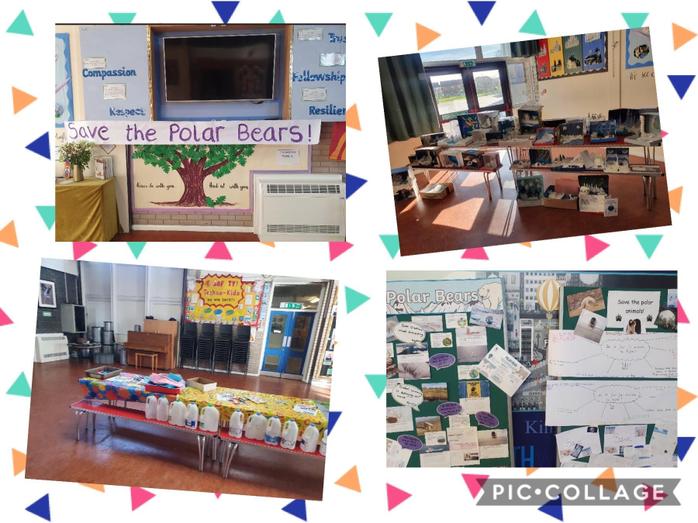 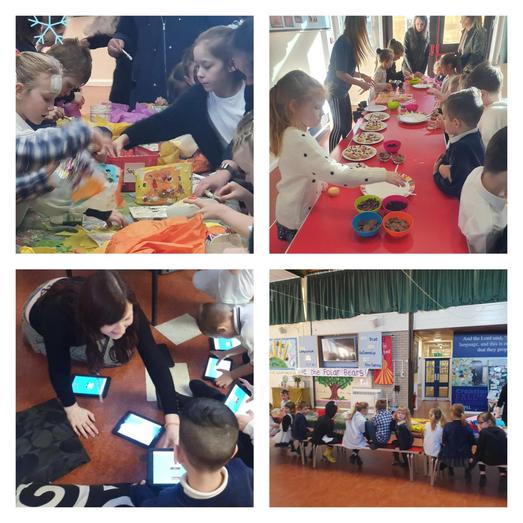